Pasadena Driving Under The Influence Of Drugs (DUI Drugs) 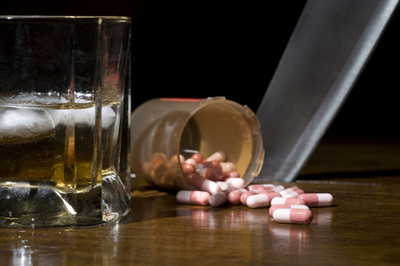 While most DUI arrests in Los Angeles and Pasadena involve the use of alcohol, a person can also be charged with a DUI for being impaired by legally prescribed drugs or illegal drugs. A driver who recently used methamphetamine, cocaine, heroin, or some other illegal substance is often accused of a DUI after an officer claims they noticed physical signs of impairment. Unusual pupil size, nervousness, sweating, slow or thick speech and dry mouth are some of the symptoms officers look for when considering impairment by drugs or prescription medications. There have been a larger number of prosecutions in Pasadena and surrounding Los Angeles cities involving drivers who have been legally prescribed medications and who are in legal possession of such drugs. California Penal Code sections 23152(a), 23152(e) and 23152(f) makes it a crime to operate a vehicle while under the influence of either drugs (legal or illegal) or alcohol.

The California Department of Vehicles does not immediately suspend a driver for an arrest for DUI drugs. However, a conviction in Court for a violation of California Vehicle Code sections 23152(a) and 23152(e) will result in a DMV suspension.

If you are detained for DUI with drugs, the officer will typically call in a Drug Recognition Expert (“DRE”) to conduct field sobriety tests in order to determine if you are DUI. However, these DRE officers are not always correct in their analysis and in my experience tend to be biased. Nervousness and sweating and increased heart rate can be attributed to other things besides drugs, so just because you are declared to be under the influence by a DRE officer does not necessarily mean this is true. Also, just because a blood test shows drug metabolites in your system, that does not mean you were impaired at the time of driving. Most drugs will stay in a person’s body for days or sometimes over a week.

As stated above, many prescription and illegal drugs will remain in a person’s blood or urine for a long time. However the effects of the drug may have worn off to the extent that the driver is not under the influence of those drugs. Marijuana can last for weeks in the body even though a person had not ingested any marijuana for several weeks. In order to be guilty of driving under the influence of drugs under VC 23152(a) and (e), the prosecution must prove beyond a reasonable doubt that the accused was under the influence of drugs at the time of driving. Mere presence of the drug in a person’s blood or urine is not sufficient for a conviction. Some medications such as sleeping aids like Ambien have been known to cause users to unconsciously drive a vehicle and not even remember doing so. If the driving was not willful and the effect of the drug was not something to be reasonably expected, this could also be a defense.

DUI drug cases are a complex and specialized area of law. It is important to have an experienced and knowledgeable Los Angeles DUI attorney to handle such cases. If you are facing DUI charges in Los Angeles or Pasadena, call attorney Ann Gottesman for a free consultation about your DUI case. Ann fights hard for her clients facing DUI Drug and Alcohol charges, and her knowledge and experience has helped her achieve excellent results for her clients.