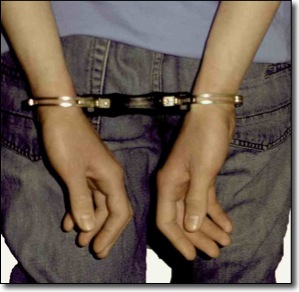 Los Angeles criminal defense attorney Ann Gottesman successfully defends many clients against sex crime charges. She understands the sensitivity of the situation when her client is being accused of a crime that comes with a terrible stigma.

The Stigma of Being Charged With a Sexual Offense:

Being convicted or even accused of committing a sexual offense such as rape, molestation, sexual assault on a child, statutory rape, oral copulation with a child under the age of 14, and other such offenses, is a terrible ordeal for an accused and his or her family. The accused often faces the possibility of a very long prison sentence, as well as job loss, inability to find housing, loss of friends and a shattered reputation. Many people have been wrongfully convicted of a sex crime. This occurs because often the evidence to convict a person of a sex crime is the testimony from a biased victim or a child who has been influenced by other adults.

If you have been accused or charged with a sex crime charge, you need an experienced, compassionate and aggressive attorney who will be dedicated to your defense. Our legislatures have passed severe draconian laws that often catch the innocent and non deserving in their wide nets. Prosecutors pursue sex crimes with a vengeance and fight for convictions using the fullest extent of the law! Usually no plea bargain is acceptable because it will entail you to register as a sex offender for your entire life. This is why it is crucial for anyone charged with a sex crime to have an experienced and aggressive attorney fighting back on your behalf.

No matter how eager the District Attorney is to obtain a criminal conviction, it is important to remember that neither the District Attorney nor a Judge can convict you of a crime. No person can be convicted of any crime unless the prosecution can convince 12 jurors that each element of the offense has been proven beyond a reasonable doubt. All 12 jurors must agree that this high burden has been met. With a thorough investigation, and extensive trial preparation, an experienced criminal defense attorney can mean the difference between winning a case and losing one.

The scary thing about sex crimes is that anyone can accuse you of committing such a crime. The evidence is often based on hearsay statements and physical evidence can be weak or absent. An angry spouse or significant other with ulterior motives can make an accusation against you that will result in charges being filed. Or an off-the-cuff comment by a child to his or her teacher can result in you being investigated and charged with a sex crime against the child.

When you hire the Law Office of Ann Gottesman, Ann will immediately begin a thorough investigation in an attempt to collect exculpatory evidence to poke holes in the prosecution’s case. If enough holes can be made, a trial can be avoided by convincing the prosecution or the Court to dismiss the charges or for the prosecutor to reduce the charges. Sometimes specific legal motions can be made that can result in the dismissal of charges. For example, if police officers violated a person’s constitutional rights to obtain incriminating statements or evidence, a motion to suppress can be filed and argued in Court. The granting of such a motion will usually result in the criminal charges being dismissed. Ann is meticulous and will leave no stone unturned when it comes to preparing her defense.

If you have or someone you know is being investigated or charged with a sex crime, call Los Angeles Criminal Defense Lawyer Ann Gottesman at (626) 710-4021 for a FREE consultation.