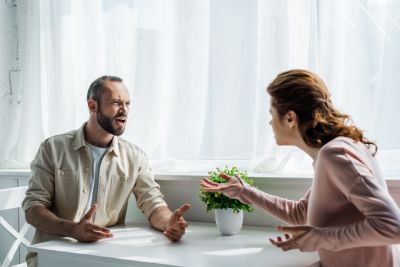 “I have represented many people accused of domestic violence and corporal injury in the Los Angeles and Pasadena area Courts. These cases tend to be specifically emotional for the accused, because many times the incident was sparked by a legitimate grievance that escalated into a physical argument.  Sometimes a scorned partner falsely accuses the other of physical harm, leading to the wrong person being arrested. Officers routinely arrest people after a 911 domestic violence call even when there are no signs of physical injury and the one arrested presented a credible defense.  Just because you are arrested for domestic violence does not mean you will be convicted of it. Too many times the person arrested is factually innocent or the “true” victim. Other times, people make mistakes and over-react in a heated argument. What ever the situation, I listen to my client’s story with compassion and without judgement. I do my best to help my clients get the best possible results.” --Ann Gottesman, Attorney

According to California PC 273.5, it is a crime to inflict corporal injury on your current or former spouse, co-parent, cohabitant, or dating partner. A violation of PC 273.5 is a wobbler, meaning that the prosecutor may charge it as a felony or misdemeanor. Inflicting any physical injury to your spouse or cohabitant, no matter how minor, may qualify as corporal injury. If you face corporal injury charges in Pasadena, CA, The Law Office of Ann Gottesman can help you fight the charges.

The Definition Of Corporal Injury

The California PC 273.5 defines the crime of corporal injury to a spouse or your intimate partner. You may violate PC 273.5 if you:

The court usually considers several factors to determine whether people are domestic partners or cohabitants:

As outlined by the California domestic violence laws, a defendant can simultaneously live with or cohabit with several people.

The Punishment For Violating PC 273.5

The prosecutor may charge the crime of corporal injury as a felony or misdemeanor because it is a wobbler offense. Whether the crime is a misdemeanor or felony depends on the prosecutor’s discretion. When assigning charges, the prosecutor considers the defendant's criminal history and the facts of the case. You are likely to face felony charges if you inflict severe penalties on your intimate partner. You are also expected to face felony charges if you have a history of aggressive conduct or domestic violence.

When charged as a misdemeanor, the penalties for corporal injury are:

In some instances, the judge may recommend a summary (misdemeanor) probation instead of sending you to jail.

If the prosecutor charges the crime of corporal injury as a felony, the penalties include:

Instead of sending you to state prison, the judge may recommend formal felony probation.

If you have a prior conviction under PC 243(e) for battery on your spouse, the penalties for felony corporal punishment will be enhanced to:

If you have a prior conviction for assault and battery or corporal injury and you commit a crime of felony corporal injury, the penalties increase to:

Probation Instead of Jail Time

The judge may suspend the jail time or imprisonment and recommend probation instead. There are two types of probation under California law:

The typical period for a summary/misdemeanor probation is one to three years. A formal/felony probation lasts longer, usually three to five years. Felony probation may include serving up to one year in county jail. When you commit a corporal injury offense, the judge is likely to recommend felony probation if you are a first-time offender and if there are some mitigating factors.

What happens when you violate the probation terms? If you fail to comply with the necessary probation requirements, the judge will summon you to a probation violation hearing. The following are the possible consequences of the hearing:

If you commit a corporal injury offense and the victim suffers significant bodily injury, the offense will be a serious felony and will earn you a strike according to the Three Strikes law in California. If you have a strike on your record and commit an additional felony offense, you will become a second striker. As a second striker, your sentence will be twice the penalty required by California law. If you have two previous strike offenses on your record and commit an additional crime, you will be subject to 25 years imprisonment to life imprisonment.

Your attorney can help you develop defense strategies to fight your charges. The right defense strategy could lead to a reduction or even dismissal of your charges. During the trial, the prosecutor has the burden to prove beyond doubt that you are guilty of the said offense. Your attorney can identify weaknesses in the prosecutor’s evidence and create a good defense for you. The typical defenses are:

Self Defense Or Defending Another Person

You can state that you acted in self-defense or defense of another person. For this defense to apply, it should be evident that:

If you and your attorney prove that all the outlined factors are correct, you may not face charges for corporal injury on an intimate partner.

You Did Not Act Intentionally

You can fight corporal injury charges by pointing out that you did not act intentionally. You are only guilty of violating PC 273.5 if you act deliberately or on purpose. Therefore, if you accidentally inflict an injury on your intimate spouse or loved one, you are not guilty of violating PC 273.5, even if the injury occurred during a heated argument.  With the help of an experienced attorney, you may manage to get the prosecutor to dismiss your charges or charge you with a less severe offense like domestic battery PC 243(e)(1).

You Were Falsely Accused

Your intimate partner or spouse may accuse you of corporal injury even if you haven't committed the offense. A person may initiate a false accusation based on jealousy, anger, or a desire to revenge. With the help of an experienced attorney, you can prove that you did not commit the said offense. Your attorney may conduct a thorough background check on your accuser to determine whether he or she has the habit of accusing people falsely. The attorney may also interview the accuser through a private investigator and their contacts to determine if they are telling the truth.

A thorough investigation will reveal whether the accuser has any hidden motive or biases. If you convince the prosecutor that you are a victim of a false accusation, they may drop the charges brought against you or offer you a plea bargain. Of course, if your case proceeds to trial, a jury would have to unanimously find you guilty beyond a reasonable doubt before you can be found guilty and convicted.

With the help of an experienced attorney, a corporal injury case does not have to result in a conviction.  Depending on the client’s situation, the evidence in the case, collateral consequences and mitigating factors, some cases resolve favorably without a jury trial. Other times a trial may be in your favor, especially if the prosecutor fails to cooperate.

When The Victim Is Unwilling To Testify

It is common in domestic violence cases for a victim to refuse to testify. The victim may even decide to withdraw the charges altogether. However, the prosecutor will not drop the charges against you just because the victim refuses to testify or says he or she does not want you prosecuted.

What happens if a corporal injury case proceeds to court but the victim refuses to testify in court?

When It Is Not Possible To Bring The Accuser To Court

At times, it is not possible to bring the victim or a witness to court. For instance, the accuser may have fled the jurisdiction or gone into hiding. In this case, the chances are high that the prosecutor will not continue with the case. A witness statement recorded out of court will be excluded from the case because the law states that the defendant should have an opportunity to cross-examine the witnesses. Hearsay evidence is not acceptable in court but there are some exceptions.

The law defines hearsay evidence as any out-of-court statement offered to prove the truth of whatever it asserts. So, for example, a statement incriminating the defendant made by the victim to another person will likely be inadmissible in court.  There are, however, many exceptions to the hearsay rule, so having a skilled criminal defense attorney is important in order to have the proper evidentiary objections made in court.  If it is not possible to bring the complaining accuser to court, the case might fall apart, resulting in dismissal. After the dismissal of your corporal injury case, you can pursue sealing of your criminal arrest record.

Unlike corporal injury, which is a wobbler, the crime of domestic battery is a misdemeanor. The penalties for the offense include:

The judge may also impose a restraining or protective order against you to ensure that you do not harass, threaten, or harm the victim.

There are several ways that you can disturb the peace and violate PC 415:

The prosecutor may charge the crime of disturbing the peace as either an infraction or a misdemeanor. The typical consequences for the offense include:

You can use several defenses to fight corporal injury charges:

You may face charges under PC 368 if you impose physical or emotional abuse, financial exploitation, or neglect on an elder above 65 years. The offense of elder abuse could attract felony or misdemeanor charges. The penalties for misdemeanor elder abuse are:

If you commit the crime of felony elder abuse, the consequences include:

A defendant may face an additional seven years in prison if the defendant suffers great bodily injury.

Find a Criminal Defense Attorney Near Me

The penalties of corporal injury offense could be devastating, especially if the prosecutor charges you with felony corporal abuse. An experienced criminal defense attorney will help you create a strong defense to fight your charges. For reliable legal representation in Pasadena, CA, you can count on Attorney Ann Gottesman. Contact Ann at 626-710-4021 and speak to her directly about your case.