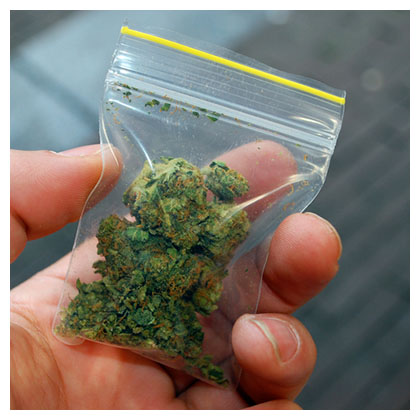 In California, possessing an illegal drug is against the law.  You could face severe penalties if charged with possession of a usable amount of a controlled substance, and the severity of the penalty will depend upon the facts of the case and what a prosecutor can actually prove.  Since Prop 47 was passed, drug possession is now a misdemeanor offense in many cases. Even though the consequences may now seem to be lenient, they can have severe long-term repercussions.

Therefore, it is vital to consult an expert lawyer who will make sure your rights are defended. Also, with a good defense strategy, your attorney may be able to get your penalties reduced or the case entirely dismissed. At the Law Office of Ann Gottesman, Ann maintains an in-depth knowledge of California drug possession laws.   She keeps up to date with the changes in the law so that she can build the strongest defense possible for you if you are facing any drug possession charges in Pasadena, CA.

Health & Safety Code (HS) 11350 is the law on simple possession of drugs/controlled substances. This statute makes it an offense for any person to have in his/her possession specific drugs if he/she has no valid prescription. A controlled substance refers to a chemical or drug whose manufacture, use, and possession is controlled by the government. Various drugs covered under this law are heroin, LSD, and cocaine. Drug laws also prohibit the possession of certain prescription drugs if you do not possess a valid prescription. Prohibited drugs include oxycodone (Oxycontin), codeine, and hydrocodone (Vicodin).

Elements of the Crime

For a prosecutor to find you guilty of simple possession, he/she has to prove five points beyond a reasonable doubt. He/she must show that you:

Most cases of simple drug possession are charged as misdemeanor offenses. The consequences include a maximum of a one-year county jail sentence and up to $1000 in fines.  In other cases, you can face felony charges if found in illegal possession of drugs. Factors that could lead to felony charges include if you had been previously convicted of a serious felony or a sex offense. If charged with a felony, the punishment will be a maximum county jail sentence of three years.

Also, keep in mind that in other cases of illegal possession, the punishment may include enrollment into a drug court or drug diversion program. These programs permit individuals that have committed nonviolent offenses of drug possession to “divert” their cases and post pone sentencing while they complete the program.  If the drug program is completed successfully with no other arrests, the defendant’s case will be dismissed.  This is a great outcome and a chance for a clean start.

Being convicted of drug possession could have negative consequences on your immigration status. Under the U.S immigration statute, certain criminal convictions can result in the deportation of a non-U.S citizen. Other convictions may also lead to an immigrant being inadmissible. Inadmissible or deportable offenses include certain drug crimes.  This means that based on the facts surrounding a case, violating HS 11350 may result in damaging immigration effects.

Possession with Intent to Distribute/Sell (HS 11351)

California HS 11351 is among the several statutes that forbid the unlawful distribution or sale of controlled substances. Purchasing or possessing certain drugs to sell them will subject you to prosecution under this law. This statute also prohibits the illegal possession of certain prescription drugs intending to distribute or sell. They include hydrocodone, oxycodone, and codeine.

The prosecuting attorney must prove that you:

Factors That Differentiate Simple Possession from Possession with Intent

Even though these factors aren’t necessarily applicable to every case of drug possession, they are often used to differentiate between HS 11350 and HS 11351. They include:

If you have many drugs compared to what an ordinary person would take, the arresting officer or prosecutor will presume that you intended was to sell them. The shortcoming of this assumption is: a regular drug user generally stocks up in case he or she has ways of doing so. Therefore, unless you have a drug business somewhere in a warehouse, possessing a large quantity of a controlled substance alone is not proof of possession for distribution or sale.

How the substance in your possession is packaged is sometimes the most damaging proof in cases of possession with intent. In case the drug is packaged in numerous separate bindles, balloons, baggies, or bundles, an officer will assume the packaging was for selling purposes. Likewise, if, in addition to the packaged drugs, an officer finds you with numerous packing materials, he/she will suspect you had the intention to sell.

Possessing drug paraphernalia is an offense in itself punished under HS 11364. This act can either hurt or help your drug possession case. Drug paraphernalia refers to an instrument like a syringe or pipe used to consume, ingest, or inject, a controlled substance. Since paraphernalia generally indicates use, being in its possession may support your assertion that you intended to use the drugs.

However, in case the officer finds that you have more than drug paraphernalia in your possession, it will enhance his/her assumption that the controlled substances were for sale.  Items that can suggest possession for sale include:

If, during your arrest, you are intoxicated with drugs, that fact points to possession for use instead of selling. However, most dealers also use drugs, so this proof is certainly not conclusive. Also, if you’re intoxicated to the point that you are a danger to yourself or others, or can no longer care for yourself, you may also face an additional charge under HS 11550.

Penalties for Drug Possession with Intent to Distribute/Sell

HS 11351 is charged as a felony offense. If convicted, your punishment will include a county jail sentence of up to four years, and up to $20,000 in fines. And if it is proven that you had intended to make multiple sales, the penalties may be imposed according to each intended sale. Additionally, a conviction of HS 11351 could result in deportation or inadmissibility for immigrants.

In case you get convicted of purchasing or possessing cocaine base with intent to sell, you will face a jail sentence of up to five years and up to $20,000 in fines. Also, if found guilty of violating HS 11351 and the drug is cocaine base, heroin, or cocaine, you will be subjected to an additional sentence of:

If you get any of the sentence enhancement mentioned above, you also are subjected to a maximum fine of $8 million.

On January 1st, 2018, the recreational use of marijuana was legalized in California. After its legalization, adults aged 21 and above can now possess a maximum of eight grams of concentrated cannabis or one ounce of dried marijuana.

The legalization of marijuana in California doesn’t mean that one cannot be penalized for possessing concentrated cannabis or marijuana. HS 11357, California’s law on marijuana possession still makes it an offense to:

The possession of marijuana is penalized differently based on the specific offense. The punishment is as follows:

Possession of marijuana in excess amounts (over 28.5g of dried marijuana or more than 8g of concentrated cannabis) is a misdemeanor for adult defendants. If convicted, the penalties include six months in jail and a maximum fine of $500.

However, if you are below 18 years, you will only face infraction charges. This means you will only pay a fine. Also, you may be required to do community service and enroll in a drug counseling program.

If you are caught in possession of marijuana and you are below the age of 21 years, you will face a maximum fine of $100 (if you are 18 and above). For first-time offenders under 18 years, the penalty will be four hours of counseling or education program and community service for ten hours. For under 18 second and subsequent offenders, they will face six hours of counseling or drug education and community service for up to 20 hours.

Possessing marijuana on a school ground is charged as a misdemeanor offense for adults. First-time offenders will pay a maximum fine of $250. Those that are below 18 years will face infraction charges. The punishment will be drug treatment and community service.

HS 11377 is the drug statute that prohibits the simple possession of methamphetamine (meth) and other stimulants. This crime is mostly charged as a misdemeanor. For a court to convict you of possessing meth, he/she has to prove that you:

Meth possession is usually charged as a misdemeanor. The consequences include a maximum of one year in jail and a maximum fine of $1000. However, you may face felony penalties if you were previously convicted of a serious felony or a sex offense that requires you to register as a sex offender. In this case, the penalties will be up to three years of a jail sentence.

If you are charged with a drug possession offense in Pasadena, Ann invites you to contact her at 626-710-4021.   She will personally get in touch with you as soon as possible to discuss your drug case.   Ann makes it her priority to build a solid defense strategy to weaken the prosecution’s evidence and possibly get you a dismissal. In cases where a dismissal or acquittal is unlikely due to the strength of the evidence, Ann will fight to have your charges reduced, and the penalties softened.

If you are facing drug crime charges, call attorney Ann Gottesman today.  She always welcomes questions and will provide you with a free consultation regarding your criminal case.