Possession of Drugs for Sales 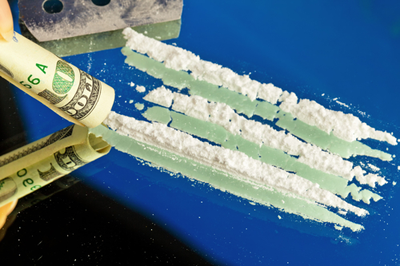 Possession of Drugs for Sales: Pasadena criminal defense lawyer Ann Gottesman is experienced in representing those charged with drug crimes including possession for sale of controlled substances.  Ann will personally and passionately handle your drug sales or possession case and explore every avenue to obtain the best possible results.

Selling a Controlled Substance in Los Angeles or Pasadena can have devastating consequences on a person’s life and career.  As a Pasadena drug crime defense lawyer, I have successfully represented many people who were originally facing serious felony charges for selling or transporting drugs, such as heroin, cocaine, methamphetamine, marijuana, LSD, and pharmaceutical drugs and pills.  I have a particular distain for the “Drug War” because it wastes billions of tax dollars, and focuses on mostly good citizens who either suffer from a drug addiction, or are caught by the police selling to consenting adults. No one should face incarceration, job loss, family ruin and all the other consequences of a felony conviction for committing a non-violent drug related offense.

Unfortunately, in California, the District Attorney’s office takes a hard stance on drug sales crimes.  There is a big difference between a criminal charge for possessing a drug for sales, such as methamphetamine, heroine or marijuana (and other substances) and possessing these drugs for personal use.

For example, if the Pasadena District Attorney or Los Angeles District Attorney charges an accused with possessing methamphetamine for personal use, (Health and Safety Code section 11377) often referred to as “simple possession”, an accused is more likely to receive diversion, which can often result in a full dismissal of the charges, while an accused citizen charged with possessing the same drug with intent to sell, is more likely to face jail or prison time and a felony criminal record, depending upon their prior record and factors in the current case.

After the passage of Proposition 47 last year, most charges addressing possession for personal use of methamphetamine, heroin, cocaine and other illegal substances, are now misdemeanor offenses with a maximum sentence of one year in the county jail.  (There are a few exceptions where a personal possession drug charge could still be a felony despite Prop 47, but those exceptions only apply to certain people with serious felony convictions on their record.)

POSSESSION FOR SALE OF METHAMPHETAMINE

Unlike possession for personal use under HS section 11377, possessing meth or other substances to sell is still a felony despite Prop 47 and carries potential prison time. A person charged with sales (for example, under Health and Safety Code section 11378 for possessing meth for sale), will not be eligible for Diversion or any court mandated drug program such a Prop 36.

As mentioned earlier, a lesser offense of possession for personal use (for example under HS Code section 11377) often opens the door to the possibility of diversion under Penal Code section 1000, or Proposition 36. A full dismissal can be achieved if a client fulfills all requirements of PC 1000 or Prop 36.

Some of the way a prosecutor tries to prove a person possessed a drug with intent to sell it is by looking at the circumstances surrounding the arrest. For example, if the accused had little baggies with individual amounts of the drug and had a lot of cash along with a scale or pay-owe sheets, this additional evidence would be used by the prosecutor to prove the intent to sell. On the other hand, a defense attorney will point out when certain evidence that one would expect to see in a sales case, is missing. If the defendant has some cash, a gram of methamphetamine in one baggie and a smoking pipe, but nothing else, this could indicate the accused was notpossessing the drugs with the intent to sell.  But even if certain items are found in proximity to the drugs, that a police officer or DA would insist are indicative of the intent to sell, a good defense attorney can turn their argument around.

For example, a user of meth or heroin who is a long time addict is likely to have a scale which they use when purchasing their drugs to ensure they are not short changed. Such a user may have no intent to ever sell their drugs, but will still purchase a large quantity that a police officer may consider a quantity consistent with sales, because such an amount lasts a typical addict only one week.  No one wants to buy drugs on the street every day if they can afford to buy a week or two at one time. Yet, police rarely considers the habits of a user with a tolerance or a long time drug habit. They often testify that if a scale was recovered or if the defendant was in possession of more than a couple grams, then the drugs were possessed for sales and not personal use.  Unfortunately, Police officers tend to be biased, and always arrest a person on the highest charge possible.  This is why having an experienced criminal defense attorney is crucial to obtaining the best outcome in a drug sales case.

DEFENSES TO POSSESSION OF METHAMPHETAMINE FOR SALE

One defense to a charge of sales is that the drug was only possessed for personal use. Other defenses could include that the accused did not know the drug was present (i.e. a friend a left a controlled substance in the accused person’s vehicle, and the accused had no idea it was there). Another possible defense is that the individual did not know the substance in their possession was a controlled substance.  Believing a bag of marijuana is oregano or spices, would mean the individual was not knowingly possessing or selling a controlled substance.  The prosecution must also show a usable amount of the illegal drug was possessed or sold, so a tiny crumb or residue in a baggie may not be sufficient to support this element of the crime.

If the police search an individual’s person, vehicle, home or any container in violation of that individual’s Fourth Amendment rights under the United States Constitution, the defense attorney should run a motion to suppress the evidence of the drugs or any other contraband found as a result of the unconstitutional search or seizure.  If the court grants the motion, then the evidence (such as the methamphetamine, heroin, cocaine, marijuana, etc…) will be inadmissible and most of the time this will force the District Attorney to dismiss the criminal case because they are unable to proceed without the evidence.

THE PENALTIES FOR POSSESSION FOR SALE OF METHAMPHETAMINE (11378 HS)

Health and Safety Code section 11378 is a felony crime and an individual charged with this offense faces a possible sentence of 16 months, 2 years or 3 years in prison and a maximum of a $10,000 fine. For immigrants who are here illegally or are green card or visa holders, a felony conviction for possession for sale or even simple possession of methamphetamine, heroin, cocaine and some other drugs, will be facing serious immigration consequences such as deportation.

Possession for Sale of Methamphetamine and other controlled substances is a serious criminal charge that the Pasadena and Los Angeles District Attorney’s Office enjoys prosecuting.  If you have been arrested or charged with a drug offense, you need an experienced, compassionate and dedicated methamphetamine drug sales lawyer to carefully evaluate your case and protect your rights.

Attorney Ann Gottesman has successfully represented many clients charged with selling methamphetamine and other drug crimes.  Call Ann for a free consultation.  She will listen to you, discuss your concerns and determine the best possible strategy to pursue in your drug case.