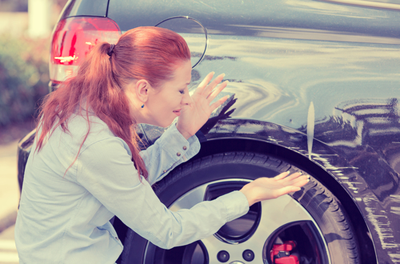 Pasadena police officers and CHP officers routinely arrest drivers for hit and run.  Many times, officers and prosecutors alike are suspicious of drivers who fail to stop and exchange information after a minor fender-bender because they believe such drivers were likely intoxicated and wanted to avoid a DUI arrest.

Hit and Run Charges Filed as a Misdemeanor

Under California Vehicle Code section 20002, a driver is guilty of committing the misdemeanor crime of a hit and run if he or she is involved in an accident that causes property damage and fleas the scene without attempting to exchange insurance information with the other driver or property owner.  As a misdemeanor offense occurring within the City of Pasadena, the Pasadena City Prosecutor would have the jurisdiction to file misdemeanor charges against the driver. If another person is injured, then the Pasadena District Attorney can file a felony charge of hit and run under Vehicle Code section 20001.  The Pasadena District Attorney also has jurisdiction over misdemeanor driving crimes that occur in any of the neighboring areas of Pasadena.

If an accused is convicted of a misdemeanor hit and run in Pasadena or Los Angeles county, he or she will be facing a maximum sentence of up to six months in jail, up to $1000 in court fines and court ordered restitution to the victim(s).

What many people are now aware of is that you can be charged with a hit and run even if you were the victim!

For example, assume you are driving carefully down the road, and another driver hits your vehicle from behind causing minor property damage.  You are in a rush and you know there is no significant damage and you don’t care about a few scratches.  So, you yell out to the other driver not to worry about it and you have to go because you are late to an important meeting at work.  You do not leave any of your insurance or contact information with the other driver, and you figure it is the other driver’s lucky day because you are willing not to report the accident.  Unfortunately, the other driver, who was the one at fault for the accident, decides to call the police to report the incident. Even if the other driver is honest and admits he hit you from behind, the officer will likely issue you a misdemeanor ticket for a hit and run.  Even though YOU were the victim, you still had a legal obligation to stop and exchange information.  The law does not distinguish between who was the driver at fault.  Of course, in court, a good criminal defense attorney may be able to negotiate a dismissal through diversion or a civil compromise.  The outcome of each case will depend upon the facts of the case and who the judge and prosecuting agency is.

If the Pasadena District Attorney or Los Angeles District Attorney decide to file the hit and run as a felony offense under California Vehicle Code section 20001, the accused will be facing a maximum sentence of up to three (3) years in prison, restitution to the victim and a court fine of up to $10,000.  However, if someone besides the accused was killed or suffered a permanent or serious injury in the collision, then the accused faces up to four (4) years in prison.  A hit and run conviction also imposes two (2) points on the accused person’s driving record.

What factors does the District Attorney consider when deciding whether or not to file a hit and run as a felony?

Not Driving Defense:  There are several defenses that may apply to a particular case. Sometimes the other party was not able to identify the driver, and the prosecution will have a hard time proving the defendant was the person driving at the time of the incident.  Just because your car was involved in the hit and run, does not mean you were driving it at that time. Most people have others in their family or friends who borrow the car. The DA must prove beyond a reasonable doubt that the defendant was the driver at the time of the collision.

No Damage to Other Party’s Vehicle or Property:  If the other party suffered no damage to their vehicle or property, then it is legal to leave the scene without exchanging information. Even if there was damage to the accused person’s vehicle, as long as the other person’s property was not damaged, then a hit and run charge will not be sustained.

The Defendant Did Not Intentionally Flee the Scene of a Collision: If the accused not realize he or she was in a collision, then he or she cannot be guilty of a hit and run.  A hit and run requires the driver intentionally leave the scene of an accident, knowing that a collision occurred.

Defense of Necessity or Duress:  This defense involves a situation in which the accused was justified in fleeing the scene because if the accused person remained or stopped at the scene, his or her safety would be in danger. If the other party is angry and threatening the accused or there are numerous people threatening violence against the accused, then leaving the scene is justified.  However, it would be prudent for the accused to travel to a safe location and immediately call police to report the incident.

If you are someone you care about has been arrested or charged with hit and run offense in Pasadena, California, call criminal defense attorney Ann Gottesman for free consultation.  It is important you do NOT speak to the police or an investigator without first discussing your case with a lawyer.  By speaking to the police you are likely to incriminate yourself and hurt your chances in court. Ann Gottesman is a well respected criminal defense and DUI lawyer in Pasadena and she has earned a strong reputation for fighting for her clients’ freedom, careers and reputations.  Ann has developed positive rapports with the Pasadena District Attorneys and Pasadena City Prosecutors at the Pasadena Superior Court.

If you are facing criminal charges such as a hit and run, call Ann now at (626) 710-4021. She is available to personally speak with you about your case seven days a week and evenings.  The Law Office of Ann Gottesman is located at 740 E. Colorado Blvd., Suite 204 in Pasadena, California.