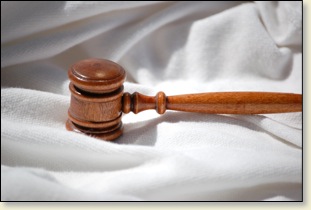 Felonies in Los Angeles County are the most serious offenses for which a person can be criminally charged. A felony conviction can result in imprisonment for over one year, fines over $2000 and long probation terms or parole. Moreover, a felony conviction is viewed very negatively by potential employers or landlords. Although felonies are harder to expunge than misdemeanors, an attorney may be able to get a prior felony conviction expunged (cleared) from your record or reduced to a misdemeanor.

For many crimes that can be filed as a misdemeanor or felony in Los Angeles and Pasadena areas, the District Attorney will consider the accused's prior criminal record, if any, the facts of the current case, and other potentially mitigating or aggravating factors. Crimes which can be filed as a misdemeanor or felony are called "wobblers". Many such crimes, if filed as a felony, have a potential prison sentence of 16 months, two years or three years. This "triage" is referred to as low term (16 months), middle term (2 years) and high term (3 years). At sentencing, if the defendant is convicted, a judge is supposed to offer a low term sentence (i.e., 16 months for many wobbler crimes), while high term would be reserved for the most aggravating cases. Mid term is what a judge would consider in cases where the mitigating and aggravating facts cancel each other out or where there are no serious mitigating or aggravating factors.

However, although the legislature requires a judge to sentence a defendant to one of the prison terms in the triage if the court is sentencing the defendant to prison, the Judge also has the option in most felony cases to NOT sentence a defendant to ANY prison--probation with a jail sentence of up to one year is also a possibility when the accused can demonstrate he or she is amenable to probation, and there are mitigating factors which point to a reason for leniency in a felony sentence.

An Experienced & Aggressive Felony Criminal Defense Attorney To Represent You

If you have been charged with a felony crime in Pasadena, Los Angeles, Alhambra, Glendale, West Covina, Burbank or in other Los Angeles County courts, call experienced Pasadena felony lawyer Ann Gottesman at 626-710-4021 for a free consultation.

Time is of the essence when you are charged with a felony, so let Los Angeles attorney Ann Gottesman help you fight your case and protect your freedom.