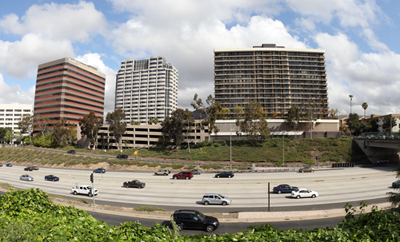 Glendale DUI Defense attorney Ann Gottesman always strives to get a DUI charge dismissed during pretrial proceedings or at trial.  However, depending upon the strength of the evidence, and whether going to trial in a particular case is in the best interest of the accused, it is sometimes beneficial to obtain an offer from the Glendale DA or Pasadena City Prosecutor for a lesser offense and avoid a DUI conviction.

There are several criminal offenses which are considered less serious than a DWI/DUI under Vehicle Codes section 23152(a) and 23152(b).   These lesser offenses usually bring fewer negative consequences to a person’s driving privileges and reputation. When the Glendale District Attorney or Los Angeles City Prosecutor files DUI charges, sometimes they are not initially aware of problems with the evidence or the collateral consequences a particular defendant will faces if convicted of a DUI charge.  After an experienced Glendale DUI attorney investigates the incident and analyzes the evidence, including the reliability or lack thereof, of the breath or blood test, it may become apparent that the government’s case is not as strong as initially believed by the prosecutor.

In Glendale and other Los Angeles criminal courts, a DUI defense attorney may be able to negotiate a reduction in the DUI charges to a lesser offense. The following is a list of some of the most common reduced DUI offenses.

Often times when a person has been charged with a first offense DUI in Glendale, and the facts of the incident are not aggravating, (i.e., no accident, no injuries, blood alcohol level not too high, etc…), the Glendale District Attorney may eventually agree to dismiss the underlying DWI/ DUI charge and allow the defendant to plead no contest or guilty to a wet reckless under Vehicle Code section 23103, with sentencing pursuant to VC 23103.5.

A wet reckless has consequences that are less harsh than that of a DUI.  For example, in Los Angeles County and other pilot counties, if one is convicted of a first offense DUI, the driver will be required to install an ignition interlock device on their vehicle, pay a minimum court fine and fees totaling about $2000, complete a minimum 3 month DUI class (AB541), and suffer a 6 month driver’s license suspension.  The driver would be able to convert that suspension to a 5 month period of a restricted license following a 30 day “hard” suspension if the DMV hearing was lost (with the only restriction being the IID, unless the driver is not required to install one, in which case there would be a 5 month work restricted license period following a 30 days hard suspension if the driver lost the DMV hearing.)

However, if the driver was able to plead to a wet reckless, the court conviction would not trigger any suspension on the defendant’s driver’s license, the court fines would total about $1150 instead of $2000, and there would be no ignition interlock device required.  Additionally, the DUI class could be reduced to either no class, or a 6 week class (SB1176).  A conviction for a wet reckless will usually be looked upon more favorably by a potential employer than a conviction for a DUI.

It is important to note that a wet reckless is priorable. This means that if you pick up another DUI within 10 years from the date of the arrest that lead to a conviction for a wet reckless, that second incident would be filed as a second offense. The wet reckless will be used to enhance the new offense to the level of a second DUI, which carries penalties that are much more serious than a first offense DUI. A second offense requires a mandatory minimum jail sentence of 96 hours as well as other penalties.

Sometimes, if the prosecution agrees there are serious deficiencies in the evidence, and if there are strategic reasons why a client does not want to go to trial, the prosecutor may offer to resolve the case with a dry reckless.  While still a misdemeanor offense, a dry reckless is not a priorable offense like a wet reckless, and it does not allege the use or involvement of any alcohol.  If convicted of a dry reckless in Glendale Court, there is no suspension issued by the court and the fines and length of probation are greatly reduced. This can be a great result for some clients who must avoid an alcohol related driving offense at all costs.

This offense is still a misdemeanor but one of the lowest charges one can get when reducing a DUI charge to a lesser offense. Like a wet reckless, there is no priorability if the accused gets charged within 10 years of another DUI offense. There is no court triggered suspension on the driver’s license, and the court fines are significantly less that a wet reckless or a DUI. There is no DUI class required, and an IID is not required to be installed.  However, just like a DUI, wet reckless and dry reckless, a conviction for Exhibition of Speed still results in 2 points on the driver’s DMV record.

Hiring an Experienced Glendale DUI Lawyer Can Make a Difference.

If you or a loved one is facing a DUI or other criminal charge in Glendale Superior Court, call Glendale DUI lawyer Ann Gottesman for a free in-depth consultation.  Ann is local to the Glendale area, with an office in Pasadena, and therefore, has a long standing relationship with the Glendale District Attorneys and Judges.  Ann is experienced, compassionate, and dedicated to achieving the best possible results in her clients’ criminal and DUI cases.