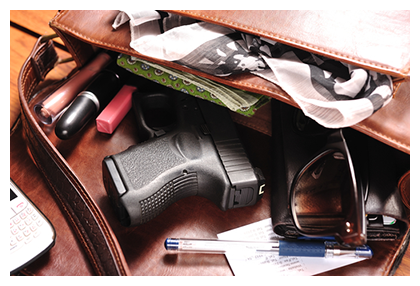 The Second Amendment of the US Constitution protects the rights of law abiding citizens to possess firearms and guns. However, there are numerous exceptions to the Second Amendment. States are permitted to a certain degree, to regulate the ownership and possession of guns/ firearms.  In California, pursuant to Penal Code section 25850, it is a crime for most citizens to carry or possess a loaded firearm or gun in public even if the gun is properly registered to that person.  However, as discussed below, there are defenses that can be made to this charge.

In Los Angeles, the District Attorney and City Prosecutor strongly enforce the law with respect to possessing and carrying firearms. While the motivation to strictly enforce California firearm laws may be rooted in the desire to remove from the streets gang members and dangerous individuals who commit crimes that are more violent and deadly as a result of widespread gun possession, the laws often time ensnare an otherwise law abiding citizen who inadvertently found him or herself in violation of one of the criminal laws.

WHAT PROSECUTION MUST PROVE TO A OBTAIN CONVICTION: ELEMENTS OF THE CRIME OF CA PENAL COD SECTION 25850(a):

To be convicted of carrying a loaded gun or firearm, the DA must prove to the jury specific elements of the crime. Each element must be proven beyond a reasonable doubt. All twelve jurors must agree that the DA proved the charge beyond a reasonable doubt before an accused can be convicted. The elements of the crime of carrying a loaded firearm in public include:

In California, a violation of PC 25850(c)(7) is a misdemeanor offense unless:

As you can see, there are several situations where the District Attorney can file felony charges against a defendant accused of carrying a loaded firearm in public.  It is therefore important to call an experienced criminal defense lawyer such as attorney Ann Gottesman to discuss the particular facts of your case.

Assuming the accused is facing a misdemeanor charge for carrying a loaded firearm in public, the minimum and maximum sentence for this crime is:

Under PC section 25850(d)(1), if the accused has certain prior convictions, such as a prior conviction for assault with a deadly weapon, or for shooting at another vehicle or home, there will be a mandatory minimum sentence of 3 months in county jail imposed.

There are several defenses that may apply to a defendant charged with a violation of California Penal Code section 25850(a).  These include:

IF YOU ARE FACING WEAPONS CHARGES IN A LOS ANGELES COUNTY COURT, CALL CRIMINAL DEFENSE ATTORNEY ANN GOTTESMAN FOR A FREE CONSULTATION

Los Angeles prosecutors and police are cracking down hard in their pursuit to enforce California’s strict gun regulation laws. This can sometimes lead to the arrest of otherwise law abiding citizens and registered gun owners who found themselves inadvertently on the wrong side of the law.

If you or someone you care about is facing criminal weapons charges, call me, attorney Ann Gottesman, for a free consultation.