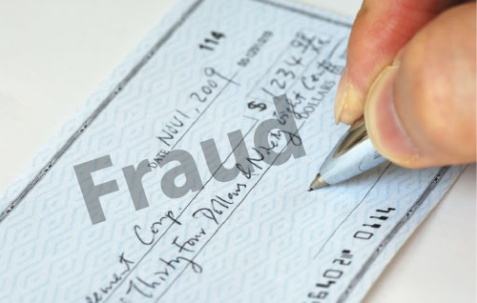 If you or someone you care about if facing charges in Los Angeles County Court for the crime of check fraud, you are not automatically guilty just because the check did not clear. Under California Penal Code section 476, the prosecution must prove beyond a reasonable doubt that you had the specific intent to commit fraud and you knew the account had insufficient funds when you passed the check.

California Penal Code Section 476 is the statute that addresses the crime of check fraud.  It states that it is a criminal offense to fraudulently pass, create, or possess a fictitious or fraudulently altered check with the specific intent of defrauding the victim in some way.  It is also illegal to attempt to pass, create, or possess a check with the intent to defraud another person.

If the accused has a prior record or the amount of the fraud over $950, or there are aggravating factors, the District Attorney will usually file the check fraud charges as a felony under Penal Code 476 or 476a.  Since this charge can be charged as a misdemeanor or felony, it is referred to as a “wobbler”. A conviction for fraud as a misdemeanor exposes the defendant to a maximum of one year in county jail and fines. As a felony, a check fraud conviction can carry up to three years in county jail.

DEFENSES TO CHECK FRAUD IN PASADENA

Attorney Ann Gottesman has successfully represented many people charged with check fraud and other theft related offenses in Los Angeles.  After carefully reviewing all the evidence, Ann looks for any weaknesses in the prosecution’s case, any mitigating factors, and any viable defenses to the charge. If one element of the offense cannot be proven beyond a reasonable doubt, then the defendant will not be convicted.  The main defenses to the crime of writing, possessing or trying to pass off as genuine, a bad check include the following:

In November of 2014, the California voters passed Prop 47, which created many changes in criminal law.  Most importantly, Prop 47 made certain crimes that were once mandatory felonies or crimes that could be filed, under the discretion of the DA, as a misdemeanor or felony, mandatory misdemeanors.  For example, possessing for personal use any usable amount of heroin or cocaine used to be automatically a felony charge. Now it is a misdemeanor, unless certain exceptions apply.  Many “nonserious and nonviolent property crimes” which were previously felonies can now only be filed as misdemeanors.

Check fraud, where the amount of the check is $950 or less, can now only be filed as a misdemeanor offense under Prop 47 (with limited exceptions.)  However if the amount of the checks totals more than $950 or the accused has certain types of prior convictions, then the DA can file felony charges and Proposition 47 would not apply.

Proposition 47 also affected other types of theft crimes, making these crimes mandatory misdemeanors and no longer felonies.  Commercial burglary under PC 459 is now a misdemeanor if the items taken were $950 or less and the burglary was committed during business hours (not when the business was closed.) Shoplifting in the amount of $950 or less is also now a misdemeanor.  Receiving stolen property where the value does not exceed $950 and petty theft with priors under PC 666 are also now misdemeanors (unless accused has three or more prior convictions for specified theft offenses.)

In addition to Proposition 47, Judges are now given discretion to offer Court Diversion (DEJ) on many theft related charges such as check fraud or forgery. Under PC 1001.19, if the accused is facing a first offense misdemeanor (no priors within last 10 years) for a theft related offense (some exceptions apply), the defense attorney can request the Judge give the defendant a chance to earn a dismissal of the charge. Usually the judge will want the person to pay restitution and do some community service, but upon completion a guilty plea will be withdrawn, a not guilty plea entered, and the case dismissed entirely. This is a great option for a person who cannot afford to have even a misdemeanor conviction on his or her record.

Even if the Judge cannot, or does not want to offer diversion, the defense attorney can negotiate with the District Attorney or prosecutor to get a diversion offer for the client.

EXAMPLES OF CHECK FRAUD UNDER PC 476

However, if the woman thought she had enough money in her account to cover the check, or if she accidently gave the contractor a check from an old closed account, then she would NOT be guilty of committing check fraud because she lacked the intent to defraud.

At the Law Office of Ann Gottesman, Ann provides experienced and compassionate criminal defense representation to those accused of check fraud and other theft related crimes in the Pasadena and Los Angeles Courts.  For her entire career, Ann has focused her passion on representing the criminally accused.  The level of personal attention and genuine caring she provides to her clients has made her stand out as one of the best criminal lawyers in Pasadena and Los Angeles.

“I personally handle every case and stand by my clients through the entire legal process. I know how stressful and scary it can be to face criminal charges and you do not need to face this alone. I make myself available to my clients seven days a week and during most evenings.  If you are facing theft charges or any other kind of criminal or DUI charges in Pasadena or the surrounding Los Angeles area, call me for a free and confidential consultation.”