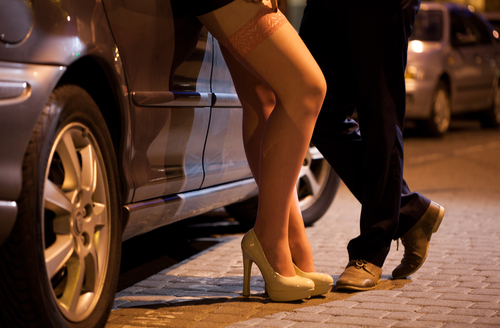 Section 647(b) of the California Penal Code criminalizes both the act of engaging in prostitution (offering or accepting money or other consideration for sex) as well as offering to engage in prostitution (soliciting). (See tab on Prostitution for more information.)

Officers not only arrest the prostitute, but even the person requesting the services of the prostitute (the “John”), are targeted for arrest.  Money does not have to be exchanged for sex to be guilty of solicitation or prostitution.  For example, if a man offers to give a prostituted alcohol or drugs in exchange for a sex act, that would suffice as a form of “money OR consideration”.

The California criminal code says that anyone “Who solicits or who agrees to engage in or who engages in any act of prostitution” is guilty of violating section Penal Code section 647(b).  The law further states that:

DEFENSE TO THE CHARGE OF SOLICITATION

Defenses to the charge of prostitution or solicitation include:

If you are facing criminal charges for solicitation, prostitution, loitering, or some other sex related offense, it is important to contact an experienced and caring lawyer that knows how defend against sex crime charges.

Call attorney Ann Gottesman at (626)710-4021 for a free consultation. She is nonjudgmental, compassionate and ready to help you. Don’t face a criminal case alone. Having an experienced and dedicated attorney can make all the difference.