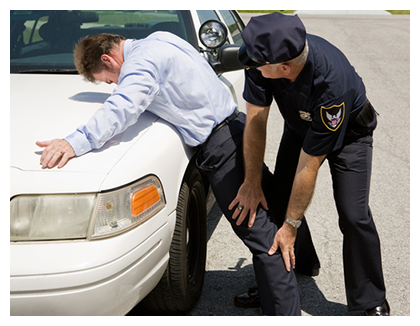 In Los Angeles county, the city prosecutors and District Attorneys are oftentimes too quick to file charges of “resisting arrest” against citizens who anger the police. Sometimes, officers arrest someone who committed no crime because an initial inquiry into that person’s travel or behavior escalates into a physical altercation that results in the citizen being injured.  To justify the citizen’s injuries, some officers will claim the person resisted or obstructed the officer in performance of his or her duties, necessitating the use of physical force by the officer.

Of course, most police officers are ethical, and do not cover up injuries they caused by alleging the suspect resisted arrest.  However since there is opportunity for officer abuse, it is important to carefully consider all the evidence in a resisting arrest case to determine if the elements of the crime can be proven beyond a reasonable doubt.

Under Penal Code section 148(a)(1), the state of California has made it a crime to resist, delay or obstruct a law enforcement officer or medical technician while he or she is lawfully performing his or her duties.

A violation of PC Section 148(a)(1) is often referred to “resisting arrest”, even though it can apply to interfering with other duties an officer typically performs. For example, PC 148(a)(1) can be charged against a person who interferes with an officer’s other activities, such as investigating a crime, rushing to a scene of an accident, or conducting a sting operation, to name a few.

The crime of resisting arrest is a misdemeanor. Therefore, the maximum penalty an accused can receive if convicted is up to one year in county jail and up to $1000 in court fines.

To prove you are guilty of committing a violation of PC 148(a)(1), the prosecutor must prove several elements of the crime beyond a reasonable doubt.

The first element that must be proven is that the officer was lawfully engaged in his or her duties. So, for example, if you are being illegally detained or your civil rights violated by the police and you try to defend yourself, that is not resisting arrest.

The second element of the crime that must be proven is that you willfully resisted, obstructed, or delayed an officer or medical technician in his or her performance of those duties.  So, if for example, you are driving in your neighborhood and get into an accident with an officer who is speeding toward the scene of a crime, the car accident you caused will have obstructed and delayed the officer in the performance of his duties. However, your interference was not willful, and therefore you could not be guilty of Penal Code section 148.

Additionally, the prosecution must demonstrate you actually resisted, delayed or otherwise obstructed an officer or medical technician during performance of their duties and that you had reason to know that the person who you were delaying or obstructing was an officer.

For example, if you see an man wearing civilian clothing grabbing or acting aggressively towards another person and you quickly intervene, unaware that the aggressor was an undercover cop arresting a suspect, you would not be guilty of resisting or obstruction arrest.  The prosecutor or District Attorney must show the reasonable person would have known that the person obstructed was an officer or medical technician such as an EMT technician.

Verbally criticizing or expressing displeasure towards the police is not a crime as long as you do not cross over into the realm of “disturbing the peace,” a crime described in Penal Code section 415.

There are many legal defenses to the charge of resisting arrest. If the officer was not performing his duties lawfully, as in the case of when an officer violates an accused’s civil rights, or if the accused was not willfully interfering in the officer’s performance of his or duties, then the accused will not be guilty of this crime.  Other defenses exist as well.

If you have been charged with resisting arrest or any other criminal offense, call Pasadena Criminal Defense Attorney Ann Gottesman for a free consultation.  Ann will personally discuss your case with you and determine the best course of action.