Criminal Defense Attorney for Assault and Battery in Pasadena 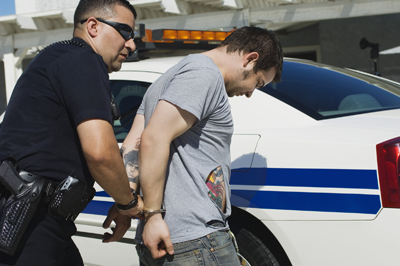 Charges of assault and/or battery are among the most common charges leveled in California courtrooms. These allegations are dealt with very seriously in the California Penal Code, and thus, the defendant has much at stake and should not hesitate to obtain the best possible legal representation.

Since there are numerous specific charges that fall under the general “assault and battery umbrella term,” it is crucial to use an experienced defense attorney who knows how to defend against each specific variety of charge. The Law Office of Ann Gottesman has intricate knowledge of the letter of the law and the process of the courtroom, and if you or your loved one have been accused of any of these crimes, Ann Gottesman will know how to construct a formidable defense.

The Distinction Between “Assault” and “Battery”

While “assault” and “battery” are typically associated in our thinking and are frequently both involved in the same courtroom setting, they are, nonetheless, two distinct crimes. Assault is the attempt to inflict injury or incite fear in another person, such as when one swings a fist at another in an effort to hit him. Battery, on the other hand, is the actual carrying out of an assault. That is, battery involves physical contact, as when one actually strikes another with his fist. Both assault and battery are willful and unlawful acts. Neither legitimate police action to subdue a suspect nor accidentally injuring another, for example, would count as assault or battery.

California Penal Code Section 240 classifies the unlawful attempt to injure another person as an act of assault. The present ability to accomplish the intended injury must have been involved, but not actual physical contact need have occurred. Simple assault is generally filed as a misdemeanor and is punishable by any of the following:

California Penal Code Section 242 registers battery as the intentional and illegal use of force or fear against another person. To count as battery, some form of physical contact must have occurred, but even the slightest touch can technically be viewed an act of battery.

Misdemeanor battery is punishable by any of the following:

California Penal Code Section 243 (d) deals with the charge of “aggravated battery,” which is defined as battery that results in serious bodily injury to the victim. Broken bones, being knocked unconscious, and painful cuts and bruises are examples of serious injuries.

When charged as a felony, aggravated battery can receive any of the following punishments:

Assault With a Deadly Weapon

California Penal Code Section 245 (a)(1) covers assault with a deadly weapon. This charge comes into play when the attacker uses a weapon or uses any object as a weapon to commit the act of assault. The only exception is use of a firearm, which receives special and very severe treatment under California law.

When filed as a misdemeanor, conviction can result in:

When filed as a felony, possible punishments include:

What the Prosecutor Must Prove

To convict the defendant of an assault or battery crime, the prosecution must prove all of the following elements beyond reasonable doubt:

To prove that the act of assault or battery were of felony status, any of the following elements must be proved:

Some of the most common criminal defense strategies used to defend the accused against assault and battery charges include:

Factors That Judges Will Weigh

In deciding on an exact sentence, a judge will normally take into account a number of special circumstances, including:

The Consequences of a Conviction

Conviction on an assault and battery charge, even for a misdemeanor, is a strike on your permanent record, which will result in more severe sentencing for any future felony convictions. This mark on your criminal record can also affect your chances of approval on job applications and rental agreements since landlords and employers will run a background check. Furthermore, a felony conviction eliminates your right to vote, to hold public office, to serve on a jury, and to own a firearm. In some cases, a felony conviction will also cause you to lose a professional license and force a change of career on you.

The Importance of Solid Legal Representation

Having an attorney with deep experience in assault and battery defense working in your interests will often make the difference between a long jail term and a dismissal or acquittal. Even when an outright “not guilty” verdict is impossible, an attorney who is familiar with the local court system and possesses superior negotiating skills can frequently obtain a reduced charge and/or a lightened sentence.

At the Law Office of Ann Gottesman, you receive expert legal defense with a strategy fully customized to the details of your particular case. We put our skills to work for you and fight diligently and tenaciously to protect your rights. Contact Ann Gottesman today at 626-710-4021, for a free consultation or for further information on assault and battery law. Our office is located at 740 East Colorado Boulevard, Suite 204, in Pasadena, CA, and we keep ourselves easily accessible for your convenience and benefit.