Misdemeanor Driving on Suspended or Revoked License in California: 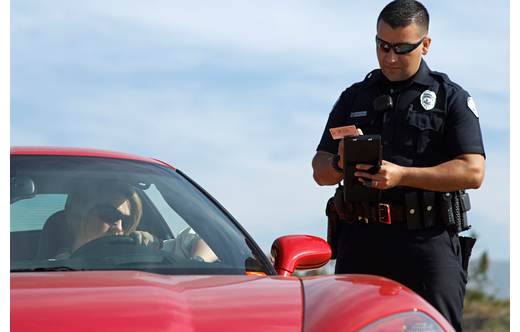 In California it is illegal to knowingly drive with a license that has been suspended. Most people are surprised to learn that this offense is usually filed by the prosecuting agency as a misdemeanor offense.  It is not a simple traffic infraction and it is therefore important to have a knowledgeable criminal traffic attorney to represent you.

Under California Vehicle code section 14601.1(a)[1], you can be found guilty of a misdemeanor for driving on a suspended or revoked license if the prosecution can prove that:

There are several related statutes to 14601.1(a) that define the crime of driving on a suspended/ revoked license and the punishment.  Some of these California Vehicle Code sections include VC §14601, §14601.2, §14601.3, and §14601.5.  The differences in the statutes and their potential maximum sentences relate to the reason why your license was suspended or revoked in the first place.  Section 14601.1(a) is basically a “catchall” because you can be charged with this offense if you were knowingly driving on a suspended or revoked license for any reason.

There are several common reasons why a person’s driving privileges were initially suspended or revoked.  Some of these reasons include:

LEGAL DEFENSES TO THE MISDEMEANOR CRIME OF DRIVING ON A SUSPENDED/REVOKED LICENSE IN CALIFORNIA:

The most common defense to this charge is that you did not have knowledge that your driver’s license was suspended or revoked at the time you were driving.  It is not uncommon for a person to have forgotten to pay an old traffic ticket or even if all tickets were paid, the driver did not know the DMV suspended his or her license because the driver received too many points as a result of getting too many traffic tickets with in a one, two, or three year period.

In California, the law presumes that you did have knowledge of the suspension or revocation on your driver’s license if it is shown that: (1) the California Department of Motor Vehicles (DMV) mailed a suspension/revocation notice to you at your reported address, AND (2) the notice was not returned to the DMV as undeliverable, OR, a peace officer/ police officer personally served you with a suspension/ revocation notice, OR if you were told by a judge in Court that your license was being suspended as a result of a conviction that triggers a driver’s license suspension.

However, even if these facts are shown, you can still rebut the presumption by showing you actually did not know your California driving privileges were suspended or revoked.  Also, if the DMV gets back the suspension notice as undeliverable mail (if you moved, for example), or DMV mailed it to an incorrect address, then the presumption would not apply. Even if the presumption applies, it does not mean you are automatically guilty. The presumption simply affects the burden of proof which means that at a trial the fact finder (Judge) or a jury may presume you had knowledge of the suspension, but the Judge or Jury are not required to make this conclusion.

Another defense to a violation of VC 14601 and 14601.1(a) is that the DMV illegally or incorrectly suspended your license, or that your license was actually not suspended or revoked at the time of driving. Of course, this happens on occasion, but is a defense that is used less commonly than the defense of knowledge. This defense will often trigger the defense in section “A”, lack of knowledge, because if the DMV made a mistake and suspended your license in error, there is a good chance you did not know about it until you were stopped by police during a routine traffic stop and informed by the officer that your license was suspended!

If for example, your license was suspended despite you having paid your traffic tickets and done traffic school, such that your license was supposed to be reinstated, Ann Gottesman, a Pasadena misdemeanor traffic attorney, would argue that the DMV suspension or revocation that appears on your driving record was issued in error. A simple mistake by the DMV clerk could have caused your driving privileges to have remained suspended despite the fact that you were entitled to have your license re-instated. By showing the suspension was made in error or was somehow invalid, most prosecutors would dismiss the charge against you.

VIOLATION OF CALIFORNIA VC §14601.2: DRIVING WHILE LICENSE IS SUSPENDED OR REVOKED AS A RESULT OF A DUI

MINIMUM AND MAXIMUM PENALTIES FOR DRIVING ON A SUSPENDED OR REVOKED LICENSE:

If convicted of violating VC 14601.1, driving on a suspended/revoked license, there is a maximum sentence of up to 6 months in county jail but no mandatory minimum jail sentence. The fines range from $300 to $1000.

If convicted of violating VC 14601.2, driving on a suspended/revoked license due to a DUI related conviction, there is a 10 day minimum and up to a 6 month maximum jail sentence, and a $300 to $1000 court fine. In addition, you may be required to install an ignition interlock device (“IID”) in your vehicle.  The DMV may also suspend your license for an additional year.

It is important to understand that most of the statutes criminalizing driving on a suspended or revoked license are priorable, meaning if you get convicted a second time or multiple times, you are exposed to more jail time and fines. For example, on a second offense of driving on a suspended license in violation of VC 14601.3, you are looking at 180 days in the county jail and $2000 in court fines.  If you are convicted of a violation of 14601.2 VC, and you have been previously convicted of a violation of 14601.2 VC, or a violation of VC 14601, VC 14601.1, or VC 14601.5 within the past 5 years, you will be facing a sentence of a minimum 30 days in county jail, up to one year and have to pay a fine of at least $500, but not more than $2,000.  Being found a “habitual traffic offender” can increase penalties even more.

IF YOU WERE ARRESTED OR CITED FOR A TRAFFIC CRIME IN LOS ANGELES COUNTY, CALL PASADENA DEFENSE ATTORNEY ANN GOTTESMAN FOR HELP

Ann Gottesman is a skilled, experienced and caring criminal traffic attorney located in Pasadena, California.  She handles DUIs, DWIs and misdemeanor traffic offenses such as driving on a suspended license, hit and run, and reckless driving crimes.  Ann is happy to provide you with a free consultation and is available to speak to 7 days a week!

[1]  Vehicle Code Section 14601.1(a) states: "No person shall drive a motor vehicle when his or her driving privilege is suspended or revoked for any reason other than those listed in Section 14601, 14601.2, or 14601.5, if the person so driving has knowledge of the suspension or revocation. Knowledge shall be conclusively presumed if mailed notice has been given by the department to the person pursuant to Section 13106. The presumption established by this subdivision is a presumption affecting the burden of proof."  CA VC §14601.1(a).

[2] Vehicle Code 14601.2 VC states: "(a) A person shall not drive a motor vehicle at any time when that person's driving privilege is suspended or revoked for a conviction of a violation of Section 23152 or 23153 if the person so driving has knowledge of the suspension or revocation."