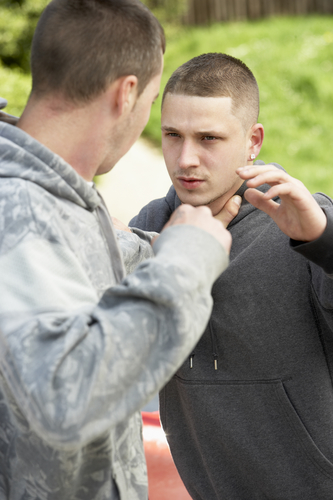 Battery involves the unwanted touching of another and can vary in seriousness from a misdemeanor to a felony.  During a battery or fight, if a victim suffers injuries that rise to a level of sufficient seriousness, the Legislature decided that an accused should suffer elevated penalties and a more serious charge.  According to the applicable California Jury Instructions (CALCRIM 925), “serious bodily injury” is described as a serious impairment of a physical condition.  Certain types of injuries can be considered serious, and are listed in CA Penal Code section 243(d)(4) as:

Battery causing serious bodily injury is a “wobbler” offense. This means the District Attorney or city prosecutor has the discretion to file the charge either as a felony or misdemeanor. The District Attorney or prosecutor will also decide whether to file the charge as a battery causing serious bodily injury, or whether to proceed with a misdemeanor simple battery, or some other type of battery (such as domestic violence or spousal battery under PC section 243(e)(1). However, when the District Attorney files a serious battery charge against a defendant, it will be up to a jury to decide if the injury is “serious” and if the defendant is guilty.

Example of Battery Causing Serious Injury (or not):

Jon and his neighbor Ralph get into a fist fight over woman they both are interested in. Jon punches Ralph in the face.  Ralph suffered a bloody nose and a fracture which could be seen on the X-ray. Luckily, Ralph’s nose did not break or need any surgery. His nose healed on its own and did not become scared or disfigured.

Although Ralph suffered a fracture of the bone, a jury could still find that Jon was not guilty of causing serious bodily injury, because no further medical attention or interference was necessary, there was no need for stitches or surgery, and the punch did not result in any disfigurement. However, a jury could also have convicted Jon of battery causing serious bodily injury because the battery did result in a bone fracture. Every case will be very fact specific.

Great bodily injury, referred to oftentimes as “GBI” is an enhancement that is sometimes alleged against an accused who caused very serious injuries to an alleged victim. GBI is considered more serious than “serious bodily injury” because GBI is considered “a significant or substantial physical injury,” according to Penal Code section 12022.7(f).

A filing DA can allege a GBI enhancement in a felony case when the injuries are significant, and such an allegation will add an additional and consecutive three (3) years prison time to the Defendant’s sentence, if convicted.

A great bodily injury enhancement in cases where the victim was under the age of five years, or over the age of 70 years old, could result in a 5 year consecutive sentence under sections 12022.7(c)and (e).

HIRE AN EXPERIENCED AND CARING BATTERY DEFENSE LAWYER TO FIGHT FOR YOU IN COURT.

Criminal lawyer Ann Gottesman is passionate about investigating and fighting assault and battery charges.  If you are facing Battery charges in Los Angeles County either as a felony or a misdemeanor, and you would like to discuss your case with criminal defense attorney Ann Gottesman, please do not hesitate to contact Ann at 626-710-4021.  She will provide you with a free and confidential consultation.  You do not have to face criminal charges alone. Ann Gottesman is an experienced and compassionate criminal law attorney who fights passionately for the rights of her clients.