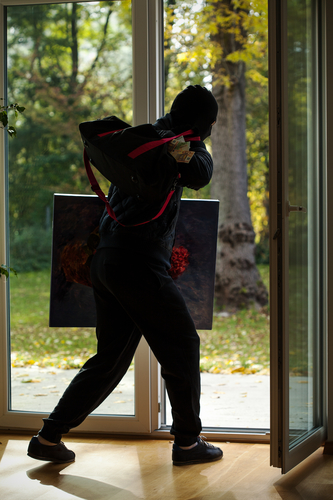 Under California Penal Code section 496, it is a crime to purchase, sell, receive, withhold, or conceal property from its owner or aid in such behavior, knowing that the property was stolen.  A violation of PC 496 can result in the prosecutor filing a misdemeanor or felony charge, and therefore, this crime is often referred to as a “wobbler” offense.

To violate PC 496, the property involved must actually have been stolen, meaning it was illegally taken from its owner.  Property can be stolen through embezzlement, petty theft, grand theft or extortion.

In the City of Pasadena and surrounding Los Angeles County cities, the DA and city prosecutors are showing a growing determination to file and prosecute theft crimes even when the property value is small.  These “petty” crimes are being pursued by the prosecutors and police in a growing effort to “clean up” the local neighborhoods and to cut down on more serious crimes.

California Penal Code 496 PC statute states the following: “(a) Every person who buys or receives any property that has been stolen or that has been obtained in any manner constituting theft or extortion, knowing the property to be so stolen or obtained, or who conceals, sells, withholds, or aids in concealing, selling, or withholding any property from the owner, knowing the property to be so stolen or obtained, shall be punished by imprisonment in a county jail for not more than one year, or imprisonment pursuant to subdivision (h) of Section 1170C.However, if the value of the property does not exceed nine hundred fifty dollars ($950), the offense shall be a misdemeanor, punishable only by imprisonment in a county jail not exceeding one year, if such person has no prior convictions for an offense specified in clause (iv) of subparagraph (C) of paragraph (2) of subdivision (e) of Section 667 or for an offense requiring registration pursuant to subdivision (c) of Section 290.”

If the value of the property in question is $950 or LESS, then the violation of Penal Code section 496, receiving stolen property, can only be charged by the district attorney or city prosecutor as a misdemeanor.

This means the accused can be punished with up to:

If filed as a felony, the penalty for a conviction of receiving stolen property is:

ELEMENTS OF THE CRIME THAT MUST BE PROVEN TO BE GUILTY OF RECEIVING STOLEN PROPERTY, A VIOLATION OF PC 496:

The prosecution must prove that not only were you aware that the property was stolen, but also that you knew it was in your possession or control. For example, if the property was in your house or trunk of your car, the prosecution must prove you knew it was there.  If, for example, your brother took property that you knew was stolen but wanted nothing to do with, and he stashed it in your closet without your knowledge, you would not be guilty of receiving stolen property because you did not knowingly possess it.

Additionally, if you purchased stolen construction tools from a vender on the street and the tools seemed very inexpensive, but when you asked how the vender acquired the tools you were told that he obtained them at an auction, the prosecution would be unlikely to prove you knew the tools were stolen. However, if the facts and information available to you at the time of your purchase would have led a reasonable person to highly suspect the property was stolen, then it may be more difficult to claim ignorance.

LEGAL DEFENSES TO THE CHARGES OF RECEIVING STOLEN PROPERTY:

As explained above, to prove you committed the crime of receiving stolen property, the prosecutor must prove the elements of the crime. These include the element that you knew the property involved was stolen and that you possessed or had this property in your control.

Therefore, if there is insufficient evidence to prove beyond a reasonable doubt that you had knowledge that the property was stolen, or there is a lack of evidence that you possessed it or that you knew you possessed it, then you would not be guilty of violating Penal Code section 496.

If there is evidence that at the time you received stolen property, you intended to return the property to its owner or you were planning to bring it to the police station, this too would be a defense to the charge, because there would be a lack of evidence to show you had the requisite intent to be guilty of the crime.  If you initially took the stolen property with the intent to keep it, but later changed your mind and decided to return the property, the defense of lack of intent to receive the property would fail. The issue is what was the state of mind of the accused at the time of acquiring the stolen property.

If you or a loved one has been arrested or charged with a theft crime, call Pasadena Criminal Defense Attorney Ann Gottesman for a free consultation.  She handles all criminal and DUI cases in Los Angeles County, and is located in the City of Pasadena, California. Ann has a strong reputation for passionately defending her clients and ensuring the best outcome possible for each.